For the first time here on my blog, I am publishing a series of posts with advice for those wanting to take the plunge into full-time creating. Obviously, there are a lot of guides out there written by people with more experience in the art world. Think of this instead as a series of guideposts left by a fellow traveler some ways up the trail…

Guten Tag und Wilkommen in Deutschland! We have been in Germany for over two weeks now and starting to find our groove. Most importantly, we have found a lovely little house to live in. There is a perfect space for a studio off from the living area with floor-to-ceiling windows. I am chomping at the bit to get in there and begin working. However, seeing as my studio is packed up and still traveling across the Atlantic, I am feeling a little out of sorts.

So, I thought now would be a great time to take stock of my situation as an independent artist and small-time entrepreneur. Truthfully, this has been on my mind since a friend asked me for advice about making the leap from a full-time office job to full-time creating. (Read more about my decision to leave full-time work here.) After I sat down and began writing up some tips based on my own “lessons learned,” I realized I had a lot to say on the subject. And the more I think about it, the more I have to say… so that’s why I’m putting this information into a series of posts in the hopes it may comfort and encourage others.

With that in mind, let’s begin by talking about nets…

I’m sure you’ve heard this: “leap first and the net shall appear.” It seems to be a common thread in many narratives about “seizing the day” and “following your dreams.” Consider also Matthew 6.26: “Look at the birds of the air; they do not sow or reap or store away in barns, and yet your heavenly Father feeds them.” I definitely believe there is truth to this, but I think it’s also okay to make a gradual transition, to shore up support, and lay the groundwork, because your net will come from a combination of your own hard work and the help of others (which I will get to in a minute).

I worked nights and weekends as an artist for three years before I “made the leap,” so I had built up a practice and a network of support before I did so. I also saved money and did a lot of preliminary work including setting up a website and educating myself about business practices. Once I had done this, I left my high stress job for an interim job as I continued my transition. Even so, when I got into my car on the last day and drove home, I still felt like I was jumping into the abyss, not knowing where I would land…. That’s when I relied most on my own conviction, hard work, and – most importantly – the support of other people.

…In the end, you will find that the people in your life hold your net.

Hundreds of years ago, artists sought support from wealthy patrons. Today, they find support from the closest people in their lives. I have found that my family, my husband, and a small circle of good friends have been my earliest and most enthusiastic supporters. Without them, this would be a much longer and lonelier slog. They believe in me, they know me, and they recognize me in my work. For that reason, they are also the first collectors of my work.

This wonderful New Yorker article, tells the story of Ben Fountain, who left his job with a real estate firm and eventually became a critically acclaimed writer. But it was a tough journey and it seems he could not have done it without his wife. She remained at her law practice as the family breadwinner while he stayed home and wrote every day. She did it because she believed he had something important to offer the world. It took him years to produce a collection of short stories entitled Brief Encounters with Che Guevara, but when he finally published it he took the literary world by storm and received sensational reviews.

Which brings me to my final point for today. Success – however you define it- will take time and that’s why you need the net in the first place. The average time it takes for a new business to turn a profit is something like three to five years. Many artists (including crafters, woodworkers, and designers) plug away for far longer than that before they achieve financial independence. However, I believe there is something to be said for a slow maturing of one’s process and work. The world will not be poorer for it.

On that note, I want to express my deepest gratitude to everyone who has supported me and my work so far, to everyone who showed enthusiasm for my decision to take the leap and especially to those who love my work enough to bring it into their lives. Thank you so much! When I have my new studio set up, I will plunge right back in, because of you!

6 thoughts on “So You Want to Quit Your Day Job, Part I: Taking a Flying Leap” 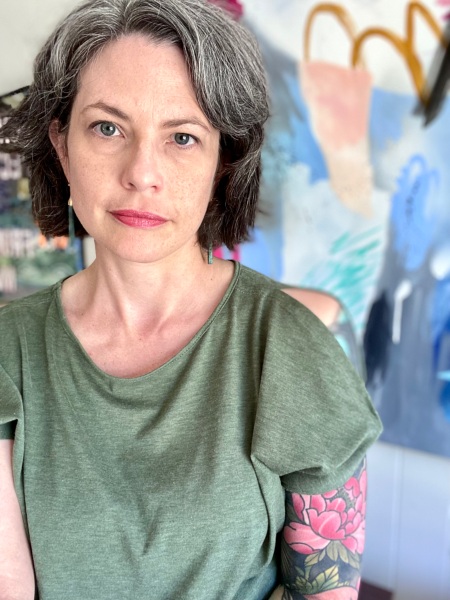